alphyjuma, Author at FELLOWSHIP OF CHRISTIAN COUNCILS AND CHURCHES IN THE GREAT LAKES AND HORN OF AFRICA (FECCLAHA)
Oct 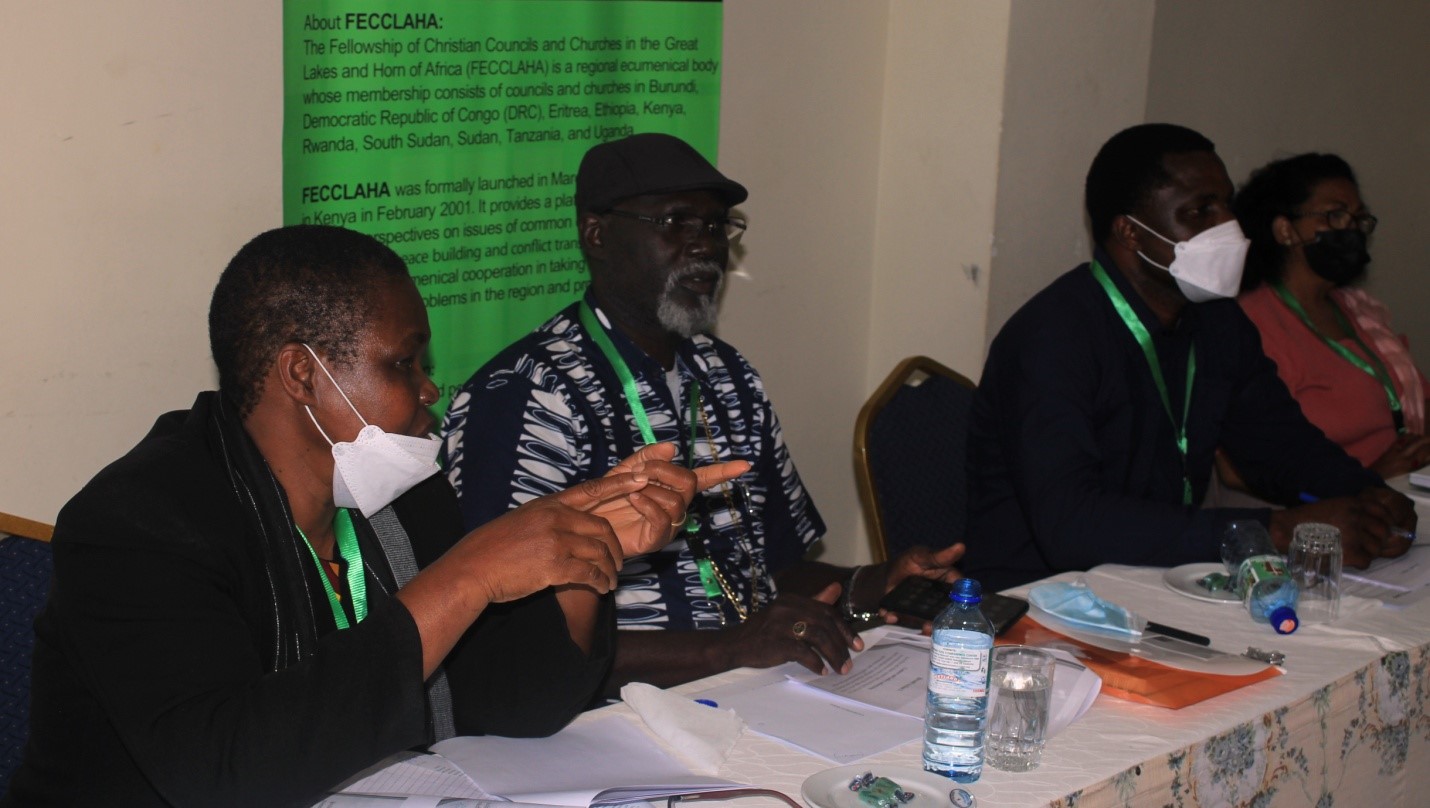 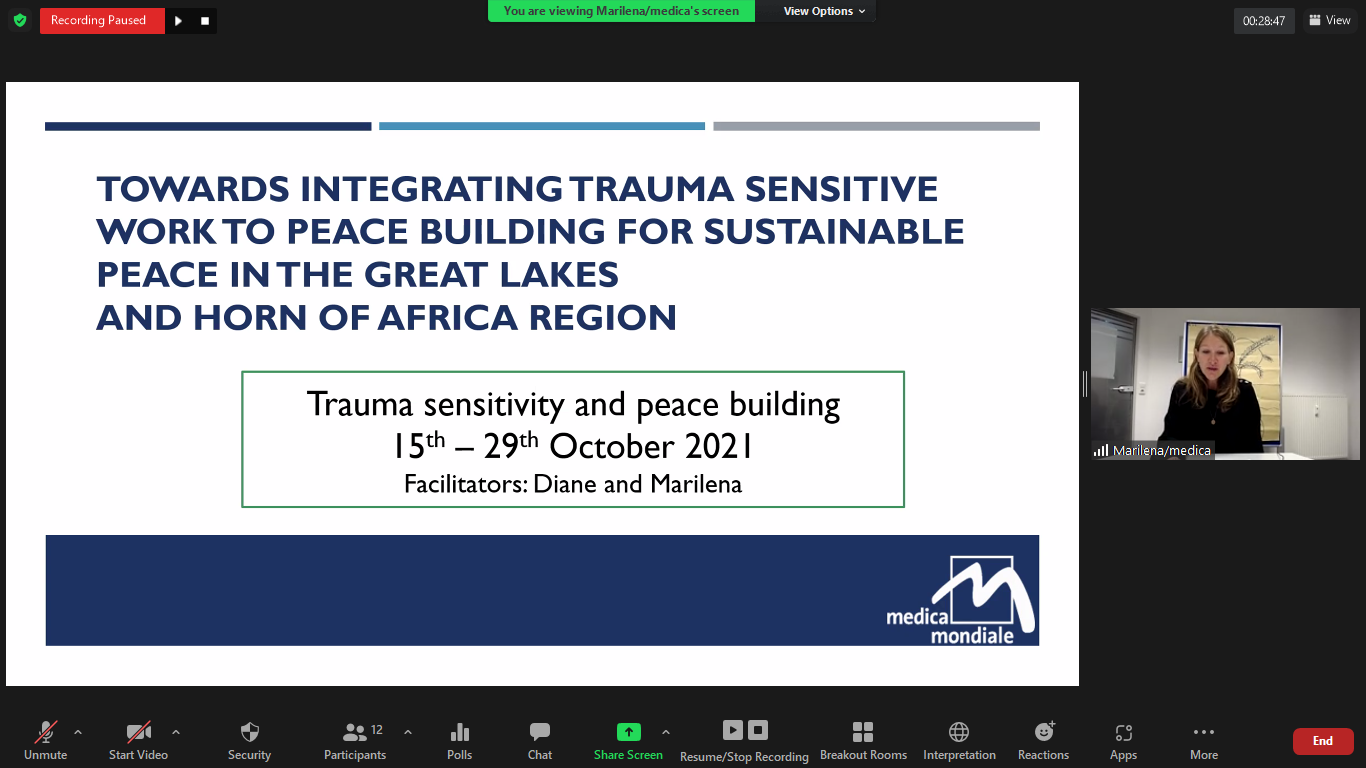 TRAINING ON TRAUMA AND PEACE BUILDING FOR CHURCH LEADERS, WOMEN AND YOUTH 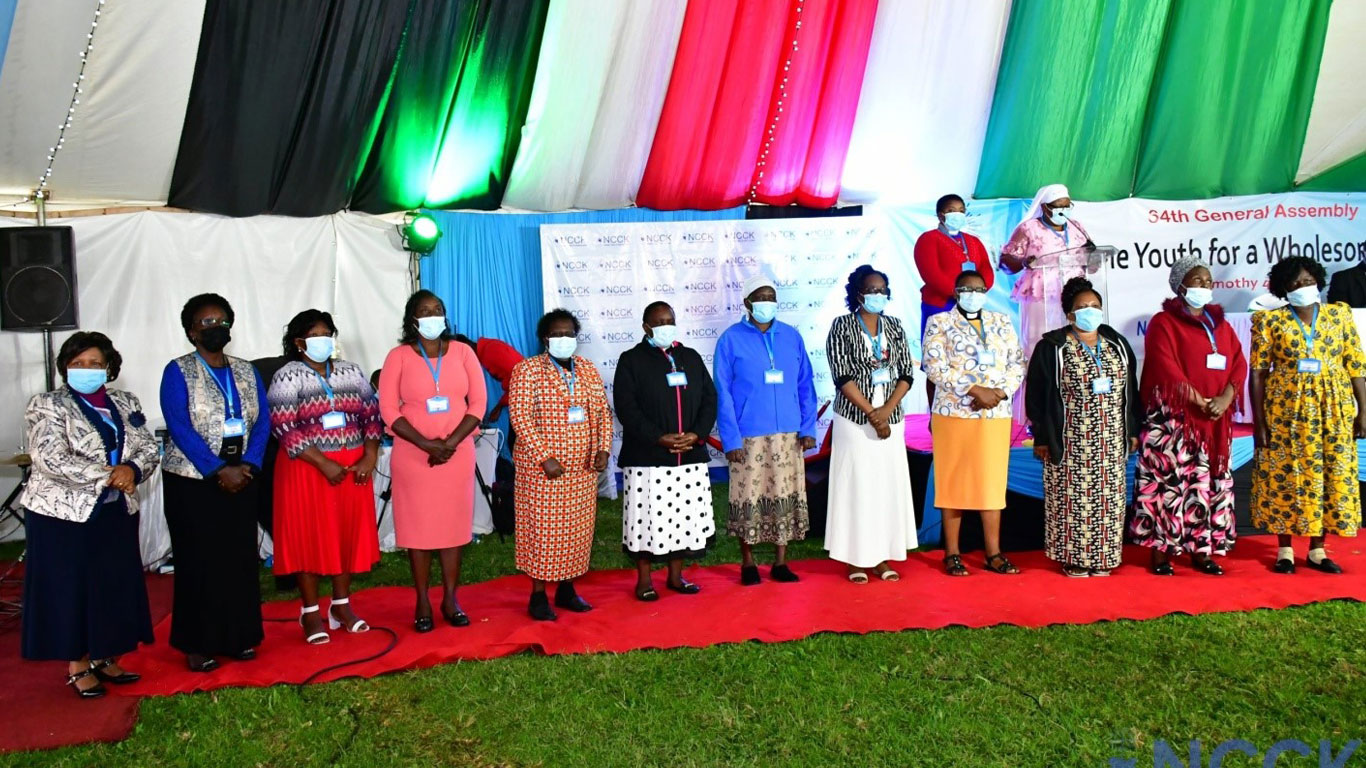 Using a localised theme on “Celebrating Youth Champions” the forum drew the participation of the youth from Burundi, Democratic Republic of Congo (DRC), Ethiopia, Kenya, and South Sudan.The youth delved into discussions around the engagement of young people in Agriculture and the need to make the venture more attractive to them.

Select youth champions who spoke during the event also gave their experience as regards to their involvement in Agriculture and the role of gender interventions in food security. Speaker after speaker, they urged fellow youth to carefully venture into sustainable Agriculture through research, resilience, hard work and adopting best practices.

Ms Lilian Nakal, a youth from South Sudan, painted a picture of the correlation between hunger and Gender Based Violence (GBV) in the country. She observed that as a result of constant conflicts, food insecurity/ hunger has continued to rise. “A hungry man in an angry man”, she noted.

The religious organizations which included; the Arigatou International, Africa Council of Religious Leaders (ACRL), Fellowship of Christian Council and Churches in the Great Lakes and Horn of Africa (FECCLAHA) and International Centre for Peace, Human Rights and Development in Africa (IPHRD-Africa) also challenged the youth to ignore the notion that Agriculture is a preserve of the old people. They noted that through innovations, the youth can greatly contribute to the transformation of food systems thus addressing food insecurity and consequently leading to peaceful coexistence.

The IYD was designated by the United Nations in 1999 and first observed on 12th August 2000 with an aim of drawing attention to issues around the youth.

The event brought together religious leaders, women and the youth from FECCLAHA member councils and churches, who were impacted on with knowledge on; the role of faith actors in advocating for Extractive Justice, Human Rights and the Extractives industry, the Africa Mining Vision, as well as on advocacy initiatives that faith actors can be engaged in and how they can effectively network and collaborate with likeminded Civil Society Organizations. Participants also had the opportunity to share their experience as regards extractives in their individual countries; Kenya, Uganda, Burundi, South Sudan, the Democratic Republic of Congo (DRC) and Ethiopia.

The forum culminated into the launch of the Handbook for Religious Leaders on Advocacy in the Extractive Sector: A Faith Perspective. The Handbook The book The Handbook contains an analysis of the social, political, economic as well as environmental impacts of the extractives industry in the countries of: Burundi, the Democratic Republic of Congo (DRC) , Eritrea, Ethiopia, Kenya, Rwanda, South Sudan, Sudan, Tanzania and Uganda and seeks to equip religious leaders with knowledge in advocacy strategies in the extractive industry.

Speaking at the occasion, Fr. Anthony Makunde of AMECEA noted that East African countries are richly blessed in rare minerals required for green technology and therefore religious leaders are tasked to ensure that good preparation is done in the legal, social and environmental spheres through massive civic education. His sentiments were echoed by Fr. Dr. Elias Opongo of HIPSIR and Sheikh Ratib Abdinoor who added that all that we have on earth is as a result of the Almighty and therefore it is a religious requirement to protect what we have; and this calls for the need to increase the knowledge of religious leaders in order to enable them to be more effective in advocating for justice in the extractives sector.

FECCLAHA in its quest for peace in the Great Lakes and Horn of Africa and the world at large continues to address issues of extractive justice as it remains a potential threat to peaceful co-existence and sustainable development. 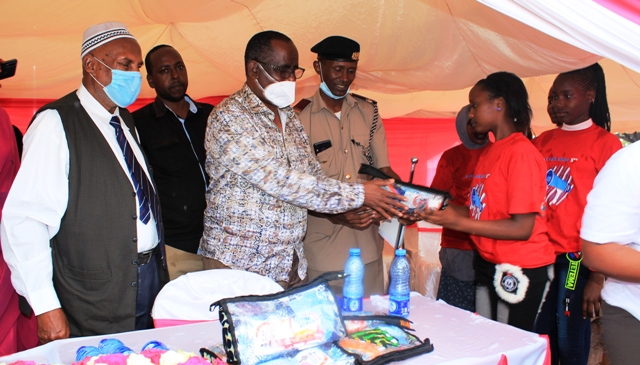 Commemoration of the International Day of the Girl Child

A section of girls of different ages who attended the celebration of the International Day of the Girl Child held at the Isiolo police grounds, Isiolo County-Kenya, on 12th October 2020.

The Fellowship of Christian Councils and Churches in the Great Lakes and Horn of Africa (FECCLAHA) joined the rest of the world to commemorate this year’s International Day of the Girl on the 12th of October 2020, at the Isiolo police grounds in Isiolo County, one of the 47 geographical units of devolved government under Kenya’s 2010 constitution, in the Eastern part of Kenya.

The event, organized by the Programme for Christian-Muslim Relations in Africa (PROCMURA) in partnership with FECCLAHA and Council of Anglican Provinces of Africa (CAPA), brought together a total of 200 girls from Isiolo county-Kenya who benefited from information from various speakers who included religious leaders from the Christian and Muslim faith and members of the FECCLAHA Regional Faith Women Mediators’ Network (REFWOMEN) among others on their right to protection as girls. The girls present also received health kits which comprised of soaps, reusable sanitary towels, underwear, face masks amongst others. 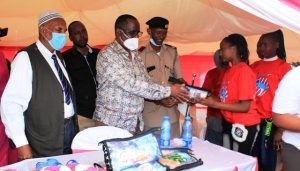 Also present at the event were local administrative units; local chiefs, enforcement officers, County Department of children and Director of Education representatives, Isiolo county commissioner as well as Hon Hussein Halake Roba, speaker of Isiolo County Assembly, all who assured of their administrative support to protect the girl child.

This year’s theme “My voice, our equal future” aimed at urging the girls to amplify their voices and stand up for their demands to: Live free from gender-based violence, harmful cultural practices, and HIV and AIDS ; learn new skills towards the futures they choose  and lead as a generation of activists accelerating social change for a better, equal future for the girl.

Sixteen-year old, Zini Kiende in her poem “We will lift our voices” recited during the International Day of the Girl Child event called for the protection of the girl child since they were the future of the nation. She encouraged fellow girls to be strong as they pursue education which was free and open for them to enable them become who they wish to be. She condemned practices such as the Female Genital Mutilation (FGM) gender discrimination and early marriages.

Speaking at the occasion, FECCLAHA Executive Director, Jeannette Uwizeye, noted that there was need to consider gender justice to enable both the girls and boys exploit their full potential. She also called for a joint approach and approach in addressing the challenges the girl child faces adding that the girl child was a special group that would later grow into mothers hence a strong girl equals a strong mother which results to a strong family foundation which makes a strong nation in the end.

She also expressed the need for involvement of the boys and men in addressing the plight of girls, noting that FECCLAHA, through its gender justice programme, remains committed in breaking the silence on Gender Based violence and advocating for the protection of women/girls.

FECCLAHA Executive Director, Jeannette Uwizeye speaks during the celebration of the International Day of the Girl Child held at the Isiolo police grounds, Isiolo County-Kenya, on 12th October 2020.

In a joint statement on the girl child, religious leaders led by Isiolo Interfaith Network Chairman, Sheikh Ahmed Set and Isiolo Interfaith Network co-chair Bishop Stephen Kalunyu resolved to; work with all likeminded organizations and government stakeholders to fight against all harmful cultural practices that affect the girl e.g. early forced child marriages and FGM in the community and the country at large, resolved to fight child trafficking and to work together with both Christians and Muslims to mainstream issues of girl child protection.

The Interfaith leaders also appealed to the county government of Isiolo and the National government of Kenya to set aside some funds to sensitize religious leaders to carry out civic education on child protection.

The United Nations declared October 11 the International Day of the Girl Child with a view to support more opportunities for girls and increase awareness on gender inequality issues faced by girls worldwide based upon their gender. The focus on the girl child seeks to address concerns affecting them such as access to education, nutrition, legal rights, medical care, and protection from discrimination, violence against women and forced child marriage. Also known as the Day of the Girl and the International Day of the Girl, first observed on 11th October 2012, the day also reflects on the successful emergence of girls and young women as a distinct cohort in development policy, programming, campaigning and research.